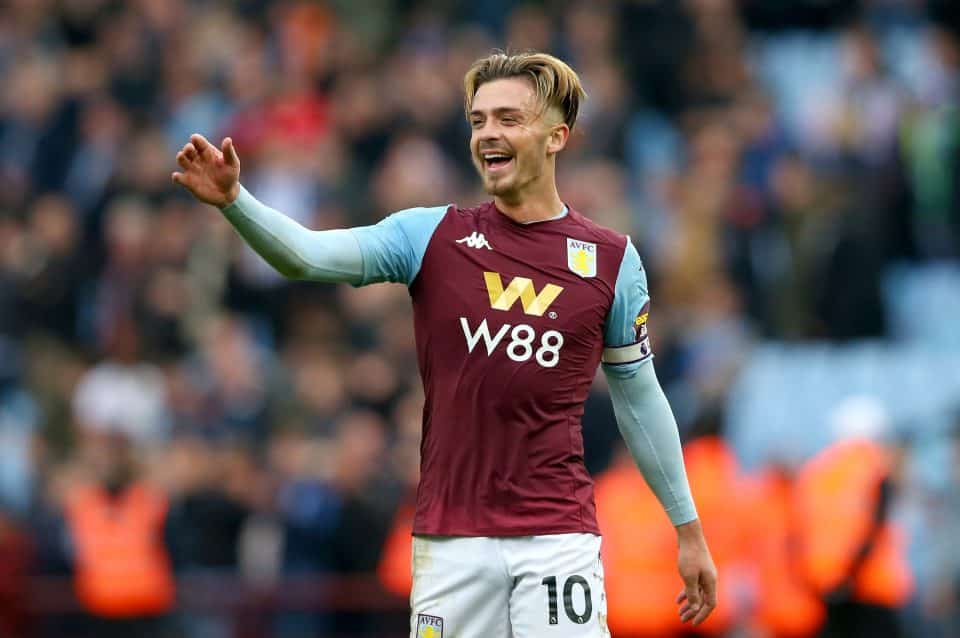 He has been fined several times and was told to ‘grow up’ by former manager Roberto Di Matteo, but there is no denying the football talent frequently displayed by locally-born Jack Grealish in an Aston Villa shirt.

Now aged 24-years-old, he is arguably the first name on Dean Smith’s team sheet but once the COVID-19 pandemic eases, it may be a case of the midfielder furthering his club career elsewhere. We’ve taken a look at Grealish’s career so far and the latest betting odds as he sets to leave Villa Park this summer.

The increasing influence of Grealish at Villa Park was probably highlighted by a 4-0 home win against Derby back in early March 2019. Having just returned from a three months injury absence, the midfielder was instrumental in helping Dean Smith’s team to a 4-0 interval lead and subsequently received a standing ovation when substituted after seventy minutes.

Villa proceeded to win their next nine Championship games to finish fifth in the league table and then won the promotion playoffs. Grealish was nominated as captain during March and the club never regretted that move.

Now back in the Premier League, Aston Villa have struggled and were positioned second from bottom before the lockdown. As for Grealish, he has started 26 of 28 games and has netted seven league goals but with as many yellow cards also received. Such has been his decent form that it just seems inevitable that he could move during the next transfer window even if his home town club remains in the top flight.

Who will be Newcastle manager if Steve Bruce leaves?

Having been at the club since the 2011-12 season when named as a substitute on one occasion, Grealish has enjoyed just one loan spell away from Villa in subsequent seasons when featuring for Notts County during their 2013-14 League One campaign. It may be a wrench for him to leave his boyhood club but it may now be time to move on and help boost his international prospects.

Although he has been capped at under-21 level for England, the Villa midfielder has yet to be awarded a full international debut and a Summer transfer may help him realise those ambitions. However, there will be financial constraints on many clubs over the coming months including the leading Premier League teams.

Affording an expected exorbitant transfer fee could be an issue, and also a gamble on a player with a history of disciplinary problems and who was only recently fined £150,000 for ignoring the coronavirus lockdown one evening during late March.

Aston Villa will most definitely try to persuade their influential midfielder to stay at the club but much will depend upon the outcome of the current Premier League season and the financial capabilities of willing purchasers.

With 888Sport, you can bet on Grealish to still be at Aston Villa next season at odds of 4/5. With the uncertainty about the Premier League season concluding and what is set to be a low-key transfer window, this might be a good bet!

As ever, the leading teams in the Premier League have been linked with his Summer transfer with Manchester United seemingly set to move for either Grealish or James Maddison from Leicester. The Red Devils have been installed as 6/4 favourites to clinch the signature of the Birmingham born midfielder.

888Sport have Leicester as second favourites and they’re 4/1 in the betting odds. If Maddison leaves then Grealish would be the ideal replacement.

A move abroad could also be on the cards with RB Leipzig 9/1 in the Jack Grealish transfer odds.

Free Bets to bet on Transfers

888Sport are the best bookies to bet on Jack Grealish’s next club. If you sign-up for an account today you will get the 888Sport sign-up offer of a £30 free bet.