Both teams to score tips for this weekend’s Saturday afternoon matches including the reasons for each pick and which bookmaker to use on our accumulator bet.

Use 888Sport for this BTTS tip and if it’s your first bet, you’ll also get 3 free £10 bets to spend on the rest of your weekend footy bets. Clicking this link will add the 4 BTTS picks straight to your betslip. 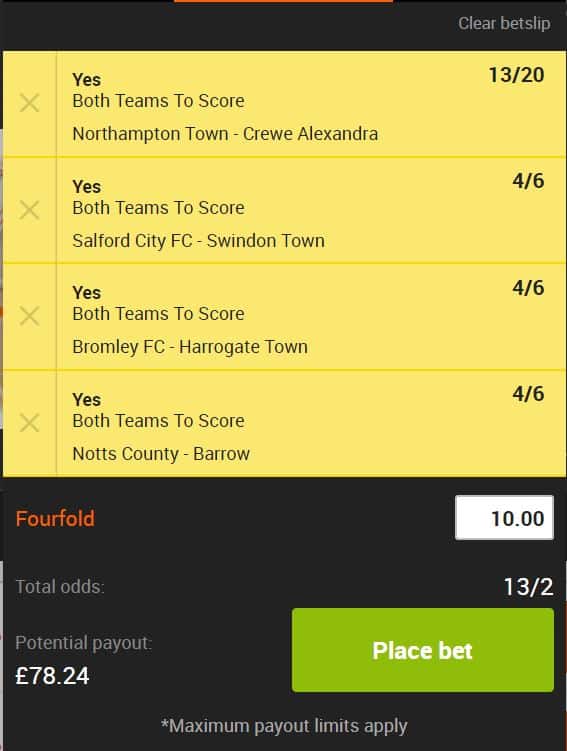 League Two and National League action features in this Saturday BTTS accumulator with Northampton and Salford hosting decent away teams in the fourth tier. The final selections involve several teams capable of scoring goals with Bromley, Harrogate, Notts County and Barrow all involved.

After winning 3-0 at Chippenham in the FA Cup last weekend, Northampton should have been sealing a fifth consecutive victory in League Two and cup action but they allowed Oldham to score a late equaliser in a 2-2 draw during their previous league game. The Cobblers had also netted twice in winning their prior three league contests and now host a Crewe outfit beaten just once on the road this season in league games. At least two goals have been scored by the Railwaymen in winning five league games on away turf and they also won 2-0 at Accrington Stanley last weekend.

Apart from suffering a 2-0 defeat at Northampton during the middle of last month, Salford have netted in all League Two games since the beginning of October. City also denied third-tier team Burton via a 1-1 scoreline in cup action last weekend. Visitors Swindon will arrive in Greater Manchester having scored in each of their league fixtures on the road this term culminating in a 4-0 victory at Crawley. The Robins also thought they had scored a late winner at Cheltenham last weekend only for the hosts to force a cup replay via an even later equaliser.

Despite incurring a 2-1 home defeat by Portsmouth in Monday evening FA Cup action, Harrogate remain a reliable team in front of goal having failed to score a goal in just one competitive match since the beginning of September. The North Yorkshire outfit were also unbeaten in nine National League fixtures until a 4-2 loss at Eastleigh earlier this month, and they now travel to face a Bromley team beaten just once on home soil this term. A 2-1 defeat by Barrow was suffered on that occasion but the Ravens have scored at least goal per home match this season with five netted against Halifax last month.

Apart from a 1-0 loss sustained at Chesterfield last month, Notts County have found the net at least twice in each of their other competitive games since late September and they have lost just one fixture at Meadow Lane this season. Visitors Barrow have claimed victory in nine of their previous eleven matches in all competitions and were unlucky losers at Torquay when reduced to ten players for the second half of a 4-2 defeat. The Cumbrians have failed to net only twice from early August onwards. 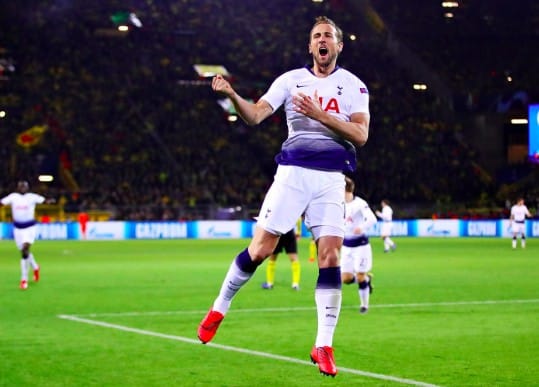