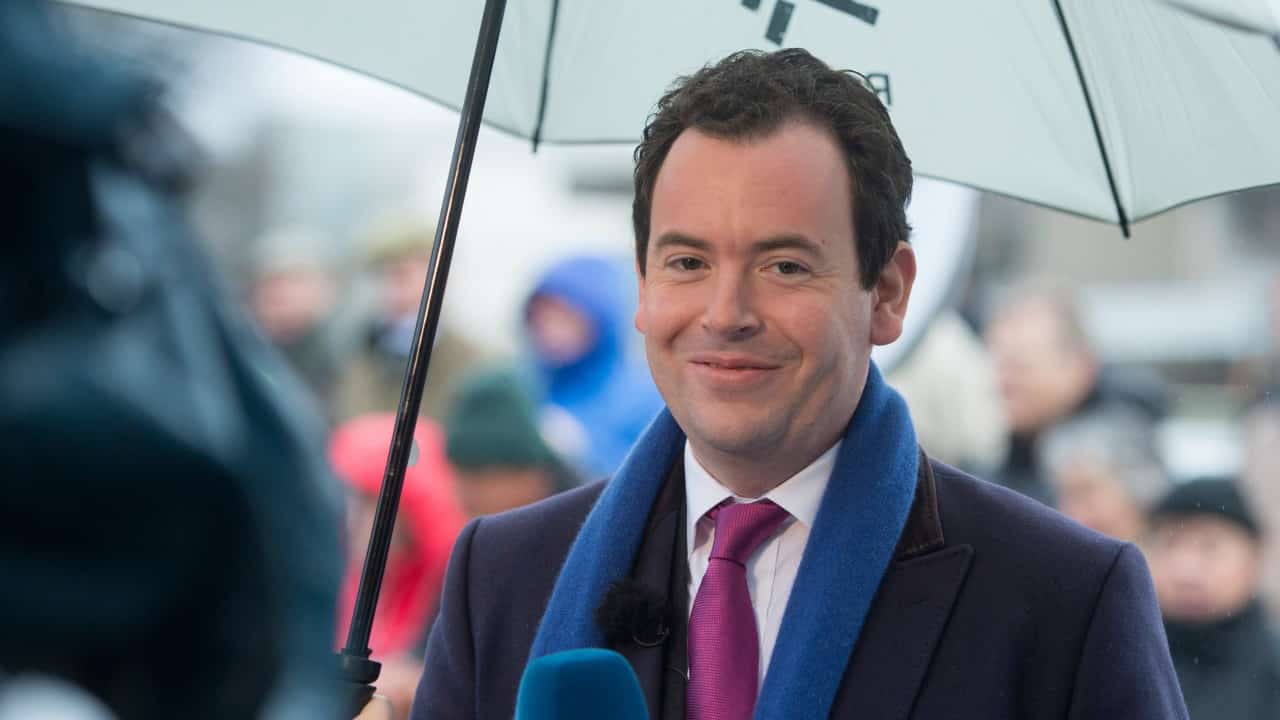 Racing expert and presenter Nick Luck has given his four Cheltenham Festival betting tips in his latest William Hill column and the races he has looked at including the Gold Cup and the Ryanair Chase.

The preparations for Cheltenham runners suffered a blow with the cold snap but now the weather is picking up, we should see fewer inspections and more Cheltenham hopefuls having their last prep runs before the big kick-off on Tuesday 16th March 2021.

The ante-post markets are always interesting places and this season will be no different, with decisions yet to be made as to where some horses will turn up at Cheltenham. Will Honeysuckle go to the Champion Hurdle? Why is Benie Des Dieux drifting for both the Mares Hurdle and the Mares Chase?

Nick Luck has given six previews to his William Hill blog and you can see his ante-post Cheltenham betting tips below.

Luck has just one selection from Cheltenham Tuesday at the moment and it comes in the 4.50m race. “Overall, the juvenile division is shallow and with the good ones all in the Triumph, this Grade One-placed horse trained by Joseph O’Brien might be able to outclass them if coming here off anything lower than 140. He has come a long way in a pretty short career to date, looks as tough as old boots, jumps pretty soundly, and appears to need a good strong test at the trip. The trainer has won this race before, and I like the cut of this one’s jib, on pedigree, potential and attitude. He’s a 14/1 chance.

The second race Nick Luck considered is the Ballymore Novices Hurdle (day 2, 1.30pm) and he has a big priced each-way tip: “It’s a bit weird suggesting that an unbeaten horse trained by Nicky Henderson that cost £400,000 is one out of left field, but this looks a very strong race, so he’s an absolutely massive price at 40/1 and I think there’s a case to back him each-way to small stakes before he goes again.”

“He was dismissed as a bit disappointing when winning his hurdle at Newbury, and I agree that the form looks wafer-thin, but the time in desperate ground (which didn’t really suit) was surprisingly good and he was value for far more than the winning margin, with Nico de Boinville seemingly at pains not to give him a hard race. He should improve an enormous amount for any step-up in trip and if, as I expect, he romps home over the next couple of weeks, he will not be 40/1 or thereabouts for much longer.”

Onto day 3 and the Ryanair gets Nick Luck’s attention next, in what is set to be an open renewal.

“This is starting to look quite an open race, and I cannot quite see why Imperial Aura is a bigger price now at 6/1 than he was at Christmas. After all, you couldn’t back Min after that strange performance at Leopardstown, while Allaho remains promising but didn’t deserve to have his odds halved after his win at Thurles. Imperial Aura’s blip early on at Kempton (VERY easy to forgive) seems to have made him the forgotten horse here, but go back and watch his win at last year’s Festival (race worked out a treat) if you want a reminder that this is very likely a genuine Grade One performer.

The last three betting tips all come from Friday’s racing. “The great Channel Four commentator of yesteryear, Graham Goode, often used to exhort his followers to back “the sponsor’s horse in the sponsor’s race”, and now might be the time to cotton on to this piece of homespun wisdom, as the Ronnie Bartlett-owned Stattler is still a decent price at 8/1 to win this race, despite his excellent third at the Dublin Racing Festival.

In the nicest possible way, this horse is one-paced, but that pace is pretty good and he is a relentless galloper. There is no reason to contradict the idea that this was the best-staying novice hurdle of the season and, with the winner likely to go to the Ballymore and the runner-up likely to stay at home, Stattler – a likely improver at the trip – is the clear pick.”

The big race of Cheltenham Festival week is the Gold Cup, which takes place on Friday 19th March at 3.30pm. See Nick Luck’s Gold Cup tips. “If you have ever read this column before, you will know that this is a very well beaten drum, but I still think this horse is a pretty decent price at 7/1. Although not a popular view, my reading of the Savills Chase is that he was quite comfortably the best even though he had to scrap for it. Tracking Allaho, who wasn’t really taking him anywhere, A Plus Tard ended up having to work harder than necessary to pick up Melon and Kemboy, who threatened to get away. His jumping is unfussy and economical, while his Cheltenham record is strong. He remains far from fully exposed as a stayer and it is my belief that he will improve for the extra distance.”

“If you want to back one now at a much bigger price, you could do worse than Lostintranslation at 22/1: we know he’s as good as any of these on his day, and a revival is quite possible as soon as next weekend, so best to get on now.”

The last race considered is the penultimate race of the week, the Foxhunters Chase. “Will Biddick did not manage to win this race as a jockey but might just take a hand with his first runner as a trainer – and at a pretty good price, too. The Mullins flying machine Billaway is completely dominating the market here, but he was well beaten by a 66/1 shot in this last year and his tendency to make the odd error will always deter me at cramped odds. After him, you’re looking at the old-timers until you get to Porlock Bay, who ran an absolute screamer (in need of the run) when travelling best behind the very smart Sametegal at Wincanton the other day. This is a race where you need to travel, jump and stay well: we knew before Wincanton he could manage the first two and that showed me that he could get the trip, particularly on slightly better ground. He has a big chance at 16/1.

Open a new account to bet on the 2021 Cheltenham Festival with William Hill and you will get two free £15 bets to spend. 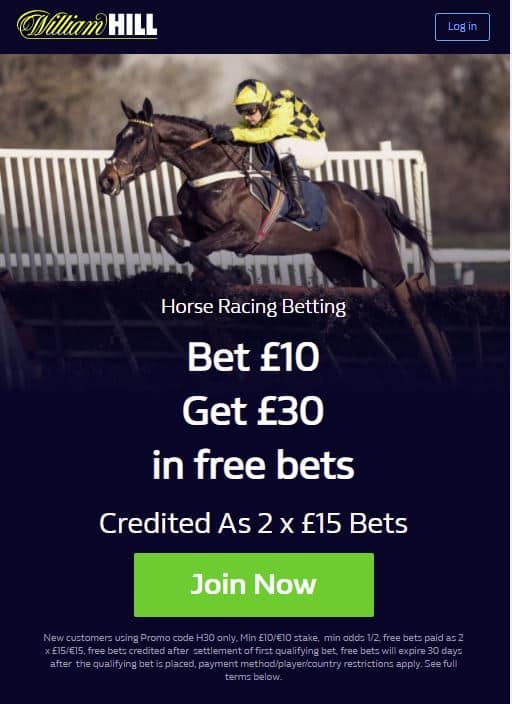 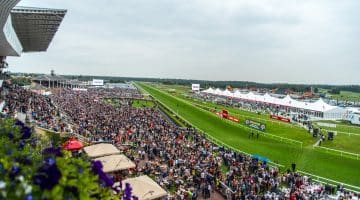 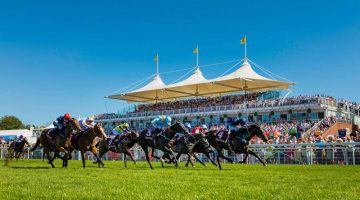 The Sky Bet Sunday Series continues this weekend and, in a refreshing change for terrestrial…