Chelsea retook fourth after a comfortable win on Saturday.

Crystal Palace are 13th at the time of writing, three points off the top ten. Chelsea are back up to fourth, one point behind Leicester.

Palace avoided a relegation battle thanks to four successive league victories. Since then, the Eagles have lost three in a row, conceding eight and failing to score in any. Roy Hodgson’s side have conceded 40 goals in 33 league games, placing them seventh in the goals against standings. They have kept a reasonably impressive 10 clean sheets so far this season but have managed just one since the restart.

Jordan Ayew has scored nine league goals in spite of Crystal Palace’s low goals return. Palace have scored just 28 goals, the second-worst at the time of writing, only behind Norwich.

Chelsea have won four of their last five league games, suffering just one defeat in seven. The Blues put their 3-2 defeat to West Ham behind them with a professional 3-0 win over Watford.

Each of their last seven league games have featured over 2.5 goals, with only three sides having outscored Chelsea this campaign.

Defensively, Chelsea have been poor but managed a clean sheet in their last game after two changes to the backline. Kurt Zouma and Reece James came in for Antonio Rudiger and Marcos Alonso and put in solid performances.

Mateo Kovacic is out injured whilst N’Golo Kanté is a doubt.

Palace have well and truly taken their foot off the gas with nothing of note left to play for and that has to be reflected in our Premier League betting tips for this week’s clash. Chelsea’s weekend changes had an immediate impact and place the Blues in good stead to pick up another three points. A 2-0 bet is the correct score prediction for this game and the best bet is for Chelsea to win the match without conceding a goal. This is a 7/5 shot with bet365.

Chelsea looked far more assured defensively against Watford and play one of the league’s weakest attacks. Their first back-to-back league clean sheets could be on the cards.

Ahead of this match, there will be price boosts available at Ladbrokes. All Ladbrokes customers can get these but if you do need an account, you will also get the Ladbrokes bet £10 get £30 in free bets sign-up offer to spend on this week’s Premier League betting.

The first price boost for the Chelsea vs Crystal Palace match is Chelsea to win both halves. The Blues have been good in recent weeks – the opposite to Palace. Last time out, Frank Lampard’s side ran out easy winners against Watford 3-0. If you’d have bet on Chelsea to win both halves in that match, it would have been a winning bet. Palace have been really poor since the restart and were recently thumped 4-0 by Liverpool and 3-0 at Leicester. Losing both halves in both games.

Crystal Palace to lead at half-time – 6/1

This bet is only for the Crystal Palace fans really, however, if you take into account that Chelsea were beaten by West Ham in their last away match, then all of s sudden this selection does have some legs. At a boosted 6/1 it might appeal to some and a £10 bet would return £70. Our Crystal Palace vs Chelsea predictions would suggest this won’t happen.

Abraham has been quiet since the resumption of the Premier League but if he starts this match, he is likely to get chances against a Crystal Palace side who have conceded eight goals without reply in their last three matches. Chelsea’s central striker had a great first half of the season but hasn’t recreated that since his injury however.

1 Join Ladbrokes using this link to activate the offer

3 Three free £10 bets will be added to your account 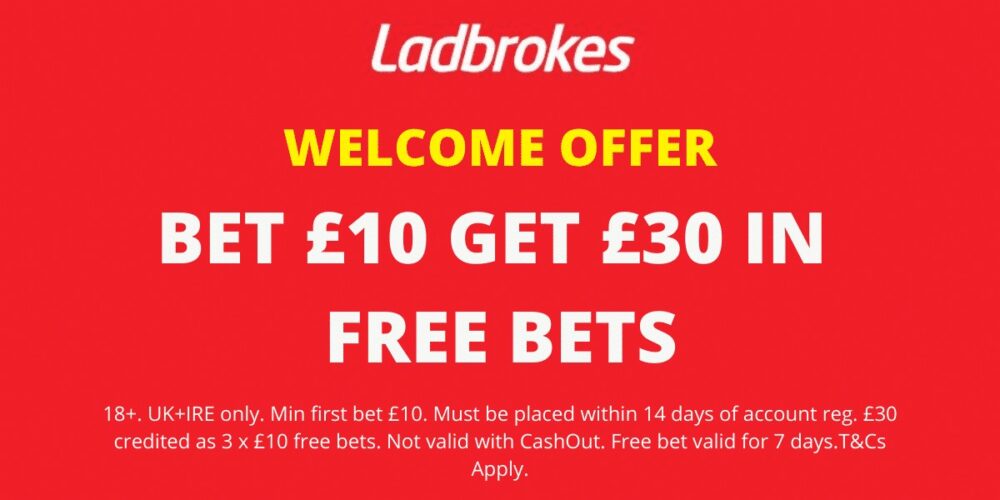