Hartlepool vs Barnet predictions and National league betting tips for Sunday afternoon’s fixture. Kick-off is at 2:30pm on the 18th November and our tipster has selected three recommended bets.

These two sides are locked in mid-table with just two places between the pair.

These two sides have had inconsistent starts to the National League season and this is a tough fixture to call. Hartlepool are looking to end a run of three consecutive defeats in this televised tie and Matthew Bates will have to galvanise his side. They have endured some tough fixtures with defeats to narrow defeats to in-form duo Wrexham and Sutton United but there can be little excuse for the collapse at the hands of Bromley. Their opponents are solid enough at home but they swept aside the North Easterners and were far more clinical in the final third. They’ve only lost twice at Victoria Park this season and won’t go down without a fight here. Despite securing just one win in six, I prefer not to back against them here. It’s been feast or famine for Barnet recently with two wins and three defeats from their last five games in the National League. The Bees have also faced some tough opponents on the road but have already seen off Dover, Chesterfield, Bromley and Barrow on their travels and won’t make it easy for their hosts. They’ve netted just five goals in five and have signed Mo Bettamer in a quest to add more firepower to their squad. Only six sides in the National League have scored fewer than the North London outfit with the majority of those sides hovering around the relegation zone. They’ve scored just seven in eight on the road but they’ve got exactly the same record when it comes to goals conceded and they will fight for the full 90 minutes. Taking these statistics into account, there is little between these two sides and they’ll both be hoping to end losing runs. It looks set to end all square.

It’s been a mixed bag for these sides so far when it comes to goals and markets are pointing us towards a relatively low-scoring game. Both Hartlepool and Barnet have seen their games average 2.21 goals per match and there is far more value in taking 11/10 on exactly 2-3 goals. It would have landed in three of Hartlepool’s last four home matches including the two encounters against sides around them in the table. It would also have landed in three of the last four Barnet matches and it looks good value in this game.

2-3 Goals Exactly is priced at 11/10 with Bet Victor and is the second of our Hartlepool vs Barnet betting tips.

Barnet moved quickly to address their goalscoring issue this week with the signing of Mohamed Bettamer who joined from Braintree. The striker has been in good form this season and he will be expected to hit the ground running at his new club. He scored six times for the Essex club this season including netting an equaliser against Hartlepool back in mid-August. He played in Barnet’s FA Cup tie with Bristol Rovers and should be included from the start in this game. Mohamed Bettamer is our top choice in the anytime goalscorer betting market.

Mohamed Bettamer to score anytime 12/5 with Betfair and is the third of our Hartlepool vs Barnet predictions for Sunday afternoon.

Hartlepool are starting as the 7/5 favourites for this game and they are difficult to beat at home. Matthew Bates’ side have been decent at Victoria Park this season and they have already beaten mid-table Boreham Wood, Chesterfield and Maidenhead here but they’ve won just one of five and the draw may be more tempting at 12/5. Barnet did beat Barrow on their travels but they arrive here off the back of successive defeats and they need to bounce back. They can be dangerous and 9/5 is a tempting price.

The bookies are not expecting an entertaining game and Under 2.5 Goals can be backed at 4/6. For those who are feeling more ambitious, Under 1.5 Goals is priced up at 2/1 and may be a good way of playing this one. With the 1-1 draw a realistic outcome, Both Teams to Score? Yes is priced at 19/20 and will tempt plenty of punters.

Read More: Fancy a bet on Sunday? We’ve got accumulator tips every day of the week and these include both domestic and International matches. 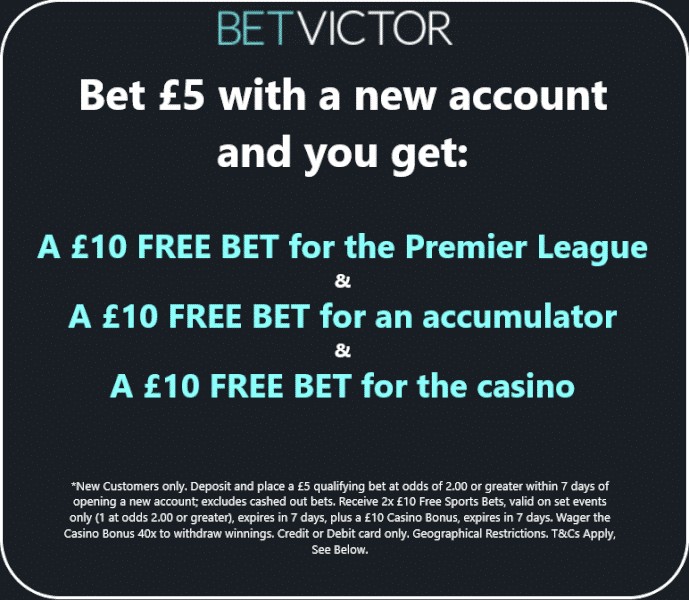