How the Premier League table would look without VAR 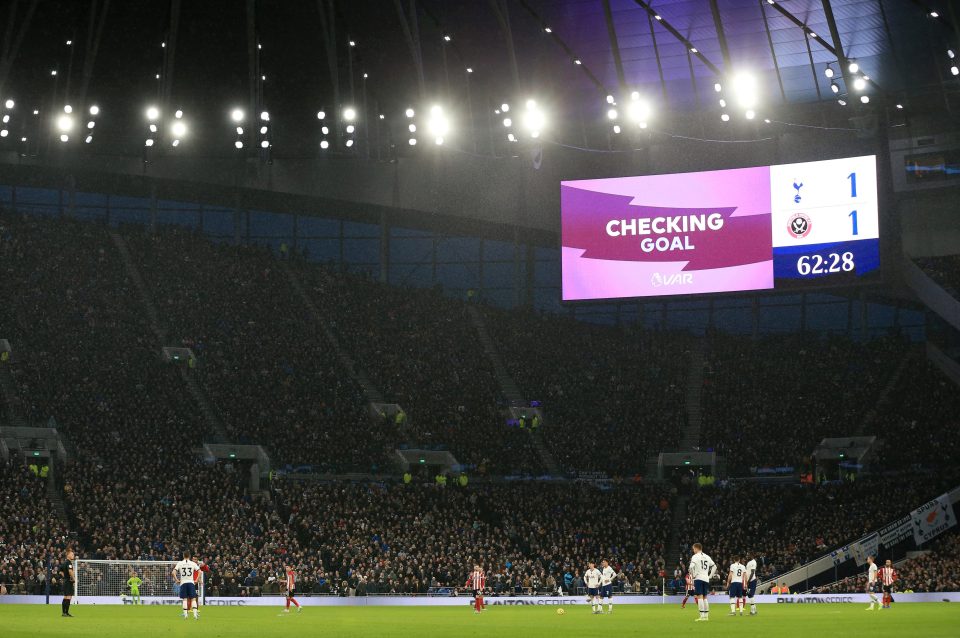 The guys over at ESPN have compiled what they’re calling an ‘anti-VAR index’ which would show how the Premier League table would look if VAR calls were removed from all the matches played this season.

This goes deeper than just removing goals that have been awarded/taken away by VAR. It also looks at many factors such as form, relative strength and performance. These have been added to the VAR results to produce an algorithm that shows how the Premier League table would look if VAR wasn’t a factor in the English Premier League. 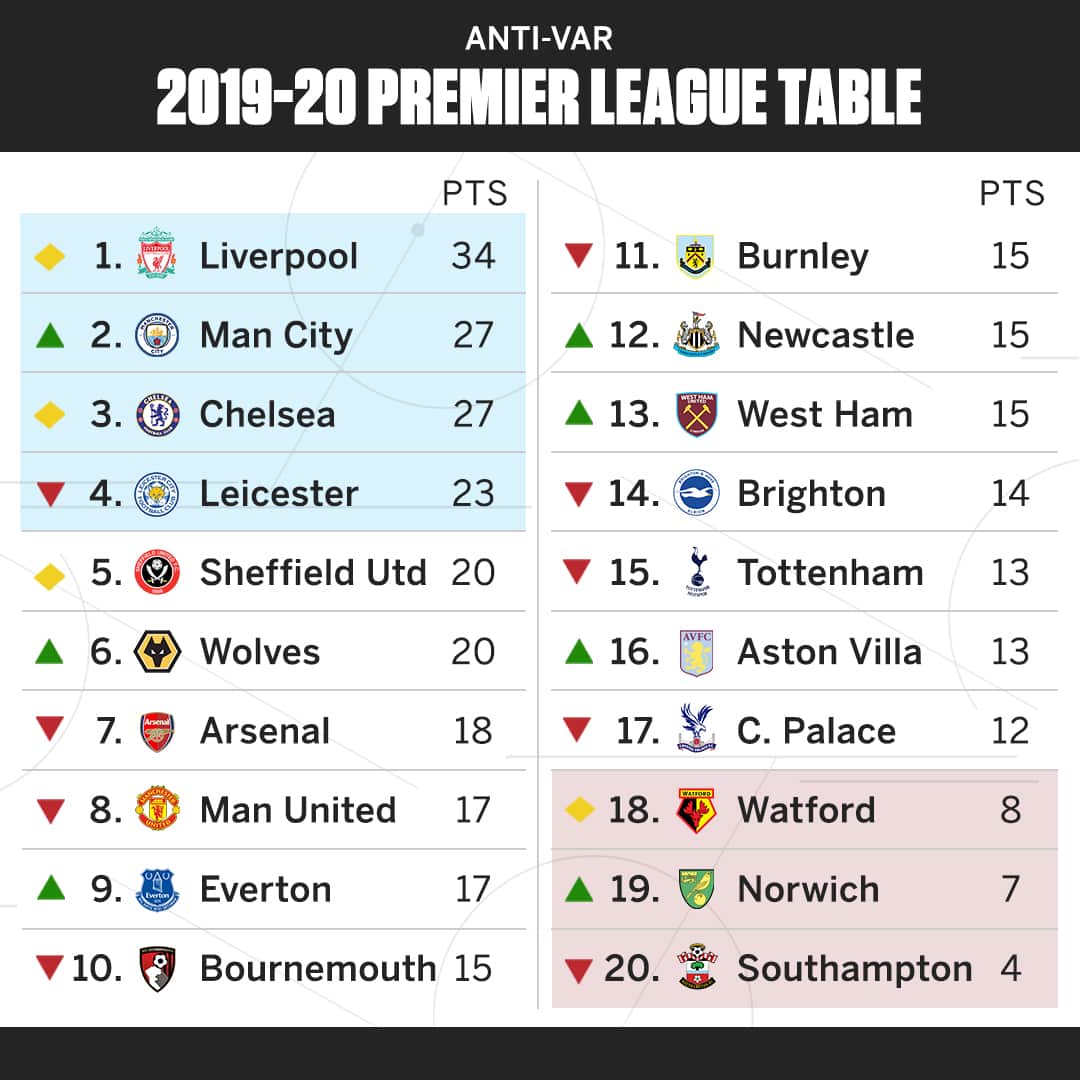 Liverpool stay top of the Premier League despite constant conspiracy theories on social media that VAR is out to help Jurgen Klopp’s side. They’d also stay on exactly the same points that they are currently on, showing VAR hasn’t actually effected their results thus far.

The only difference with the VAR algorithm in play is that they would have a victory at Old Trafford against Manchester United, and a draw against Chelsea rather than their 2-1 victory.

Manchester City have two more points without VAR in play which moves them up to 2nd place and just seven points behind leaders Liverpool. The two points are gained from their draw at Tottenham, where VAR ruled out the late winner after the ball hit the hand of defender Aymeric Laporte before being put into the net.

The big winners from VAR this season have been Leicester City. They’ve had four decisions go in their favour and that all means that they are three points better off with VAR rather than without it. The algorithm has taken into account the Ryan Bertrand red card in the 9-0 win – taking six goals off Leicester and only awarding them a 3-0 victory, greatly effecting their goal difference.

Brighton’s penalty against Everton which was awarded after a VAR review means they’re better off with the technology in place, as are Crystal Palace, who would be down in 17th place without VAR. The decisions that have got Palace’s way have come against West Ham (awarded late winner after the original offside call), Arsenal (penalty awarded for foul on Zaha) and in the same match, a Sokratis winner was disallowed for handball.

Which team is worst done-by with VAR?

The team who should loathe the introduction of VAR in the Premier League are Wolves. Since the start of the season, they have missed out on four points due to VAR calls and without the technology, they’d be up in 6th place in the table, compared to the 8th place they’re actually in. The calls that have gone against Wolves are as follows:

Both of these incidents meant Wolves dropped from winning positions to a draw, costing them four points. They are yet to have a decision go in their favour.

What about Everton’s loss at Brighton and Alli’s handball?

Marco Silva was perplexed by the VAR decision to award Brighton a penalty late in the second half of their game at the AMEX stadium. At the time, Everton were leading 2-1 but the penalty seen Brighton equalise before going on to win the match. Without that VAR call, the algorithm predicts Everton would have held on for the win, therefore, they have an extra three points and would be up to the Premier League table.

The Dele Alli handball at Goodison Park isn’t considered because this was not an overturned VAR call.

Marco Silva says the VAR penalty decision against Michael Keane was very tough to take after his side lost in the last minute against Brighton.

Who else has more points without VAR?

Both Sheffield United and West Ham are the other winners – both have an extra three points if it wasn’t for VAR calls.

Sheffield United get an extra two points from their draw with Tottenham after John Lundstram was adjudged offside by a couple of millimetres in the buildup, and also gain another point from their match with Southampton when McBurnie’s goal was chalked off for offside.

West Ham have three points added despite being involved in a lot of VAR incidences – the main one would be the loss against Crystal Palace. The overruling of the late offside would mean a point for the Hammers in that one. They’d also pick up two more points from the Bournemouth match that ended 2-2. Josh King’s goal was allowed to stand after originally being flagged offside.

Which Premier League team has the most VAR decisions against them?

That unwanted title falls to Chelsea, who have had four VAR calls go against them this season. Only one of the decisions actually made any difference to the result of the match though, and that was the goal against Liverpool when Mason Mount was ruled offside by the VAR official.

Game: Norwich (A; Aug. 24)
Incident: Chelsea goal for Kurt Zouma disallowed for a foul on the goalkeeper by Olivier Giroud, 77th minute.

#CFC thought they had equalised but VAR goes back to the build-up to the goal and Mount's foot is inches offside!

Chelsea vs Watford Betting Tips & Predictions – Can Chelsea get back on track?

Norwich vs Brighton Betting Tips Brighton are favourites and with good reason. The Seagulls should…