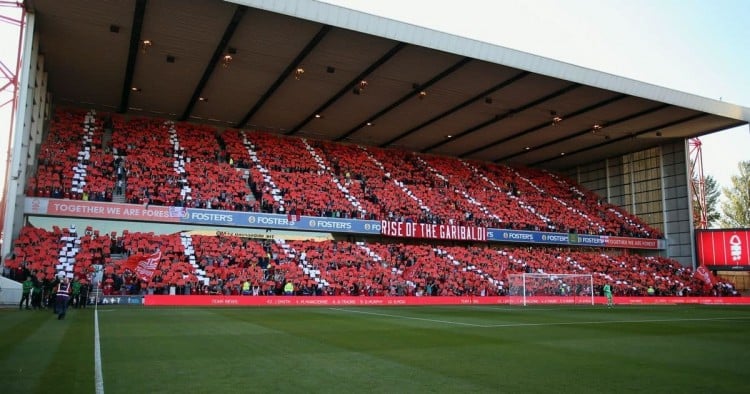 Nottingham Forest vs Derby predictions and betting tips for Saturday’s League One fixture kicking-off at 12:30pm. Who will come out on top in the latest East Midlands derby?

Both sides were victorious last weekend and they’ll each be hoping to take bragging rights in this fiercely contested clash on Saturday lunchtime.

These two sides have already met one another this season with Forest coming out on top in the EFL Cup. Sabri Lamouchi’s side were far better that day and they’ll be hoping for a similar outcome on Saturday lunchtime. They recovered from their mini-blip by recording a much-needed victory at Kennilworth Road last time out and they’ll be aiming to record back-to-back Championship victories.

Lewis Grabban was back amongst the goals last weekend although it could be local lads such as Ryan Yates who are key to winning this game. Lamouchi will know how much this game means to the fans and his side were certainly up for it when they met in the Cup.

Derby beat Middlesbrough at Pride Park last weekend with a Tom Lawrence double helping secure a precious three points against the Teessiders. The Rams have been plagued with off-the-field issues so far this season and the sacking of Richard Keogh is the latest in a long-line of questionnable decisions made by the club.

Although they aren’t travelling very far for this fixture, Derby’s away form is very poor and they haven’t won on the road since beating Huddersfield on the opening weekend of the campaign. They’ve also failed to score in each of their last two away trips and in three of their last five.

They aren’t firing on all cylinders at the moment and they can’t afford to continually rely upon the brilliance of Lawrence.

Forest’s Defensive Prowess Could be Key

Although they’ve faced an average of 14.9 shots per game, Forest’s defence has been an important part of their success. Michael Dawson’s injury against Stoke was a blow, however Tobias Figuieredo has stepped into the void and looks comfortable alongside Joe Worrall. Matty Cash has also been excellent on the right hand side and they look a fairly cohesive unit. Their defeat to Hull appeared to be an anomaly and they’ve only conceded more than a single goal in match on three occasions this campaign.

Derby’s strikeforce has been stranglely quiet of late and the goals have dried up for Martyn Waghorn and Chris Martin. Meanwhile, Injury-hit Jack Marriott hasn’t quite reached the same heights as last season and they are lacking a bit of creativity in the final third.

As well as their defence this season, Samba Sow has been very impressive. He’s sat in front of the back four and shielded them competently. He’s averaging 4.2 tackles per match and puts his foot in at important moments. Ben Watson has also been very efficient and they should enough to get the better of a disjointed Derby outfit on Saturday.

Join William Hill and bet up to £10 on any of our Championship betting tips tonight, win or lose you will get £30 in free bets to spend on betting the rest of this week.

CLAIM HERE – £30 of free bet when you join William Hill