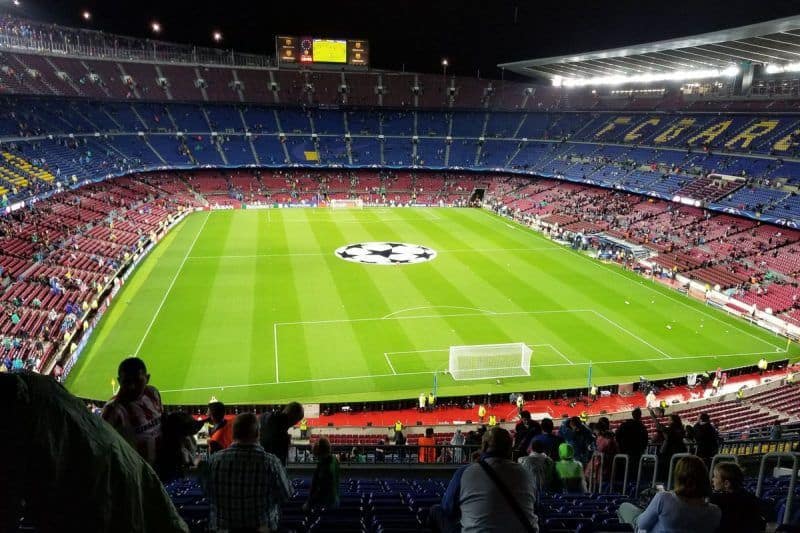 Barcelona vs Liverpool predictions and betting tips for this week’s Champions League fixture at the Nou Camp. The first leg of this semi-final takes place in Spain and Liverpool will be desperate to get on the scoresheet before the return leg at Anfield.

Liverpool are looking to make it to their second Champions League final in as many seasons but face a tough task against the tournament favourites Barcelona in the semi-finals. The first leg at the Nou Camp will shape this tie as Liverpool will always give themselves a chance in a match at Anfield and manager Jurgen Klopp will know that and Barcelona will be all too aware that they’ll probably need a lead going into next week’s second leg

Barcelona wrapped up the La Liga title last weekend so can concentrate fully on this semi-final now, where as Liverpool are still battling with Manchester City for the Premier League title. Blaugrana saw off Manchester United in the last round, finalised with a convincing 3-0 win at the Nou Camp, and in the last 16, they demolished Lyon 5-1 on home soil after playing out a 0-0 draw in France.

Liverpool were easy winners against Porto in the last round, and in the round prior to that they put up a great performance to beat Bayern Munich 3-1 at the Allianz Arena. Barca have looked fantastic this season with Lionel Messi still at his best and we’re expecting them to take a first leg lead to Anfield, but with Liverpool getting an away goal. With that considered, the first of our Barcelona vs Liverpool predictions is for Barca to win and BTTS. The best odds for this are 5/2 with bet365 where you can get their £100 sign-up bonus.

For our anytime goalscorer tip, we could try and be creative with a selection and justify why somebody like Phillipe Coutinho or Saido Mane are worth a bet here, but the truth is, Lionel Messi is top price 10/11 and that is a fantastic bet for a player who has scored 10 goals in eight Champions League appearances to far. The likes of Mo Salah and Saido Mane have been brilliant for Liverpool in the Champions League this season, but Messi is the betting tip to score here.

Get your first deposit DOUBLED when you open a bet365 account.

A first leg lead is vital for Barcelona here because they don’t have a great record away from home in the knockout stages of the Champions League. They crashed out following a dramatic 3-0 loss away to Roma in the quarter finals last season and were held to a 0-0 draw in Lyon in the last 16 this time around. Last season they lost 4-0 away to PSG and 3-0 away to Juventus.

Liverpool struggled on the road after losing the semi-final second leg 4-2 at Roma last season, going on to lose the final in Kiev and then three more away games in a row in the group stage this season. Since then they’ve won second leg ties at Bayern Munich and Porto, and that gives them hope here. However, a first leg is a different prospect so we’re expecting a home win in Catalonia.

The last of our Barcelona vs Liverpool predictions is for Barcelona to win this first leg match 3-1. The best odds for this are 13/1 with Bet Victor.