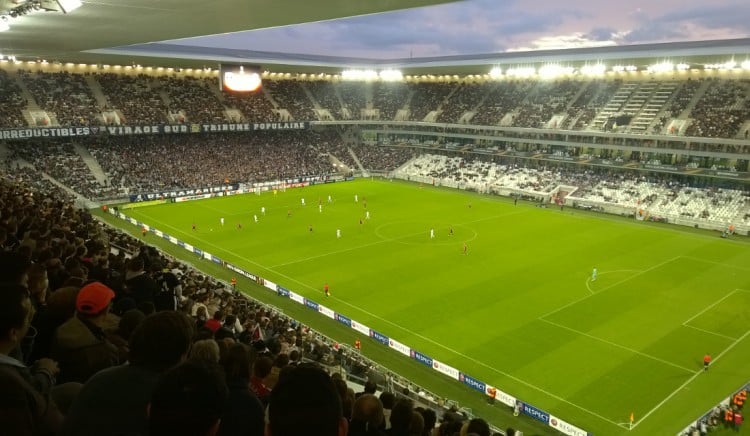 Bordeaux vs Marseille betting tips, predictions and preview for the Ligue 1 fixture on Friday 5th April 2019. Marseille are still in the hunt for a Europa League place and Bordeaux have nothing to play for, sitting in midtable.

Bordeaux have taken their foot off the gas in recent weeks and have nothing to play for.

Marseille are too far back to get in the Champions League, but are still in the hunt for a Europa League place.

Both teams have scored in five of Marseille’s last six matches away from home.

Bordeaux have not won a match in their last six fixtures now and despite drawing their last three, they are struggling to score goals. They’ve only scored three goals in their last six matches and that will be a concern against a Marseille side who have only lost once in their last eight matches (vs PSG).

The visitors sit in fifth place in the Ligue 1 table, just a point behind St Etienne in fourth. That fourth place qualifies for the Europa League but they are probably too far adrift from the top 3, where you get Champions League football. They’re eight points off Lyon.

New Bordeaux manager Paulo Sousa hasn’t set the world alight yet and he’ll want to get a win following two rather uninspiring draws so far. The draw with Rennes was a bitter blow in the last minute. We’re expecting a Marseille victory here to keep their hopes of European football next season alive and that’s the first of our Bordeaux vs Marseille betting tips for Froday night.

Marseille top goalscorer Florian Thauvin hasn’t scored for a few matches now so even though the odds of over 2/1 appeal, we have to be with another Marseille striker to get on the scoresheet. The mercurial talent that is Mario Balotelli has scored six goals in his last seven games now including two in Marseille’s last match and it is hard to not back the Italian here.

At odds of 7/4 with Bet Victor, Balotelli is the selection for an anytime goalscorer here.

Looking at the Bordeaux team, Francois Kamano would be the choice because he is their top goalscorer, but he has only scored once in 17 matches and Bordeaux are hardly firing in the goals of late.

The last of our betting tips for this Ligue 1 fixture is going to be a correct score and we’re backing a narrow win for the visitors as they look to keep pace near the top. Bordeaux have nothing to play for and haven’t won in their last six and have put up some pretty poor displays, including last time out in the 0-0 draw against 17th place Amiens.

Marseille need to win this one and that’s exactly what we think will happen, although they aren’t great defensievly and have only kept one clean sheet in their last six away fixtures, so a 2-1 win is the last of the Bordeaux vs Marseille predictions.

Read More: See more of this weekend’s football tips and check out the best three bets for the Football League on Saturday.

Latest Tweets from Bordeaux and Marseille