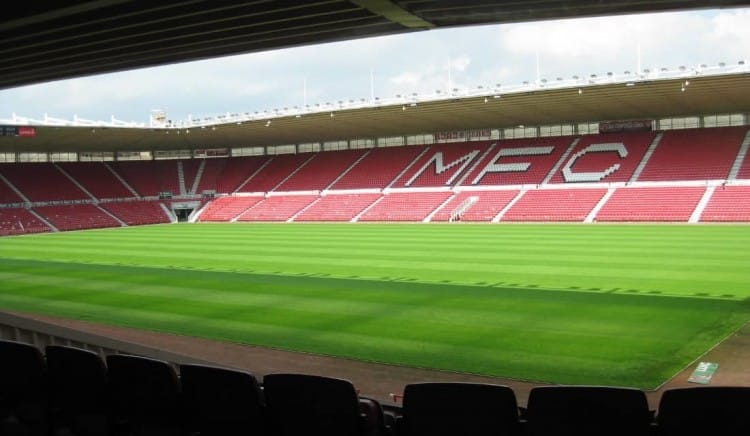 Middlesbrough vs Reading predictions and betting tips for the English Championship fixture on Saturday 27th April 2019. ‘Boro are still chasing a play-off place and Reading are just about safe after flirting with relegation.

There is a three way go for the remaining play-off place between Middlesbrough, Bristol City and Derby and those two sides play each other this weekend (see our Bristol City vs Derby predictions) in a massive fixture. All ‘Boro can do is win their remaining two matches and hope both of the other sides slip up. It looks a tough task for the North East club because the other two have a game in hand.

Reading are six points from the relegation zone but are safe barring a huge goal difference swing with Rotherham. They’ve had a poor season but picked up results when they needed to, and have only lost once in their previous seven matches now. That form has got them away from danger but there have been four draws in that run. Away from home they have drawn three, lost one and won one of their last five matches but they’ve scored in four of those, so for our Middlesbrough vs Reading predictions, we’re going for a close run thing but a Boro win, Middlesbrough to win and both teams to score is top price 11/4 with Betfred.

Britt Assombalonga got back to goalscoring ways against Hull City recently and he backed that up with another goal in the following match against Stoke City. That has taken his tally to 12 for the season and we’re backing him to make it three home matches on the spin where he has scored.

If Middlesbrough do miss out on the Championship play-offs, they’ve only got themselves to blame. They went on a run of six losses in a row before bouncing back with three wins on the spin to get them back into contention, but another defeat in their last match against Nottingham Forest has once again put their fate out of their own hands. After looking for a long time like they’d challenge for automatic promotion, it now looks like they might miss out on the top 6 all together.

Reading will feel like they have done their job in surviving after a poor season and it could be that they are narrowly defeated at the Riverside on Saturday. The Royals have only won twice on the road all season and it is hard to see that changing here when Boro still have something to play for. A 2-1 Middlesbrough victory completes this weekend’s Middlesbrough vs Reading betting tips.

Read More: Get this weekend’s correct score tips for a big odds accumulator on the market.