Ashley Cole on the verge of securing Derby move 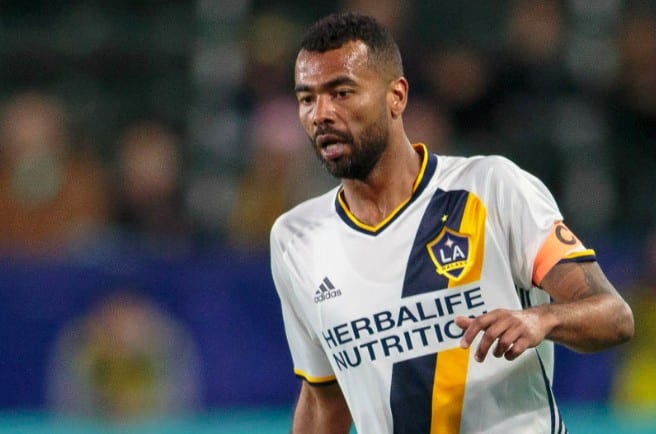 With Frank Lampard eyeing up a return to the Premier League in his debut managerial year at Derby, the former England midfielder is on the verge of calling in a favour from an old friend.

After weeks of speculation, Lampard’s former England and Chelsea teammate, Ashley Cole, is on the verge of signing a short-term deal at Pride Park.

The vastly experienced left-back is currently a free agent after ending his two-year stay with MLS outfit LA Galaxy.

Cole is expected to sign a six-month deal with the Rams and it has been reported by The Telegraph that the 38-year-old has already undergone his medical.

The Lampard and Cole relationship

If the 38-year-old does put pen to paper with the Championship side, then Derby would also see Lampard and Cole reunited for the first time in four years.

The duo formed a very strong relationship having spent eight years together at Chelsea, from 2006 to 2014, during which time they won the Premier League title, four FA Cups and the Champions League.

The two players also featured at several international tournaments together on England duty, Cole earned 107 caps for the Three Lions.

Speaking on Monday morning, Lampard confirmed that discussions are underway over a potential deal for the full-back.

“He is a great pro and a great lad. We are looking at it, I speak to Ash all the time. We are good friends.

I know he is very fit, fresh and wants to continue to play so he comes into my thoughts because I know the influence he would have.”

Along with finalizing a deal to bring in the former Arsenal and Chelsea man, fans around Pride Park will be excited by the news that the talented Harry Wilson has extended his stay at Derby.

Jurgen Klopp did have an option in the deal to recall the 21-year-old, but the deadline for that expired at the end of last week.

Knocking Southampton out of the FA Cup and securing a 2-1 win over Reading last weekend, the mood in Lampard’s camp will be on high.

Currently sat sixth in the Championship table and holding a two-point buffer over the chasing pack, the Rams will have their sights set on an automatic push in the second half of the season.

With Cole potentially available to make his Derby debut in Saturday’s FA Cup fourth-round tie away at Accrington Stanley, is the left-back a smart bit of business for Lampard’s side?