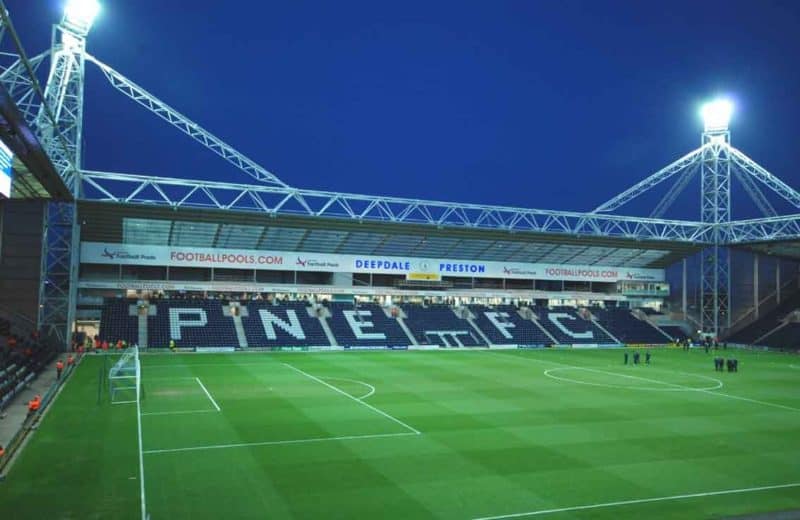 Football betting accumulator tips for this weekend’s Saturday afternoon fixtures including the reasons for each pick and an offer to get DOUBLE odds for your first bet, paid in cash.

We are using Grosvenor Sports for this accumulator because they’ve been in touch and will be giving our readers DOUBLE ODDS on their first bet this weekend – e.g. this bet is 14/1 but you will get 28/1 for exactly the same bet. Just follow this link to their sign-up offer and follow the simple steps.

Poor travellers Wigan and Barnsley face difficult away matches in Championship action this weekend and their respective games feature in this Saturday Accumulator. Other games covered include struggling Morecambe facing an away fixture at Port Vale whereas improving Harrogate host Ebbsfleet. The final selection involves action from the Scottish Premiership with third-placed Motherwell welcoming lowly St Mirren.

Although they claimed a valuable point when scoring a very late equaliser during a midweek 2-2 home draw with Derby, the away form of Barnsley is a cause for concern with one point collected from four Championship matches and no goals scored. The Tykes have also not won since the opening weekend of the season and travel to face a Preston outfit beaten only by Manchester City at Deepdale this season. Only Bristol City have prevented the Lilywhites from winning all league games at the venue this term with Preston set to clinch a fifth victory on home soil.

Although they claimed a midweek 1-0 home victory against Birmingham, the form of Wigan on the road this term has been very poor. Just one point has been earned when drawing 2-2 at Hull and they have scored a solitary goal in one of their other four Championship matches. Hosts Sheffield Wednesday suffered a setback on Tuesday evening when beaten 1-0 at Hull but they have incurred just one home defeat in league action this term. The Owls also claimed seven points from their three league fixtures last month including a 4-1 win at Middlesbrough and they could seal three points from this match.

A 93rd minute equaliser scored against Northampton last weekend prevented Morecambe from incurring a fourth successive League Two defeat although eleven goals were conceded in five league games last month. In losing their last three league games on the road, the Shrimps’ defence has also been generous with opposition teams scoring three times on each occasion. Meanwhile, hosts Port Vale have yet to be beaten in league action on home territory this term and were denied a fourth successive victory at Vale Park when Mansfield recently scored a very late equaliser during a 2-2 draw. A home win is predicted.

Following an indifferent start to their National League season with just two victories claimed from eight games during August, there are signs of improvement at Harrogate. Just one defeat was incurred last month and the North Yorkshire team will be seeking a third successive win ahead of this home fixture with Ebbsfleet. The visitors have won just two league matches all season and claimed their solitary away victory when narrowly winning 2-1 against a Boreham Wood team reduced to ten players for most of the game. Harrogate could claim a third win in four home contests.

A sequence of five winless Scottish Premiership games and just two goals scored is not a good sign for St Mirren although they have participated in goalless draws in their last two fixtures. Having lost all three away matches to date, the Buddies now visit Motherwell with the hosts winning four of their last five matches. The Well have claimed more points on the road this term than at Fir Park but they have netted in all but one match this season and could simply score more goals than their visitors.

How to get DOUBLE odds for your Saturday accumulator:

2 Add the bet to your betslip

3 Choose the option to double the odds

Read More: See more football accumulator bets for this weekend’s matches or head to our Premier League tips for all the best bets on Saturday and Sunday.