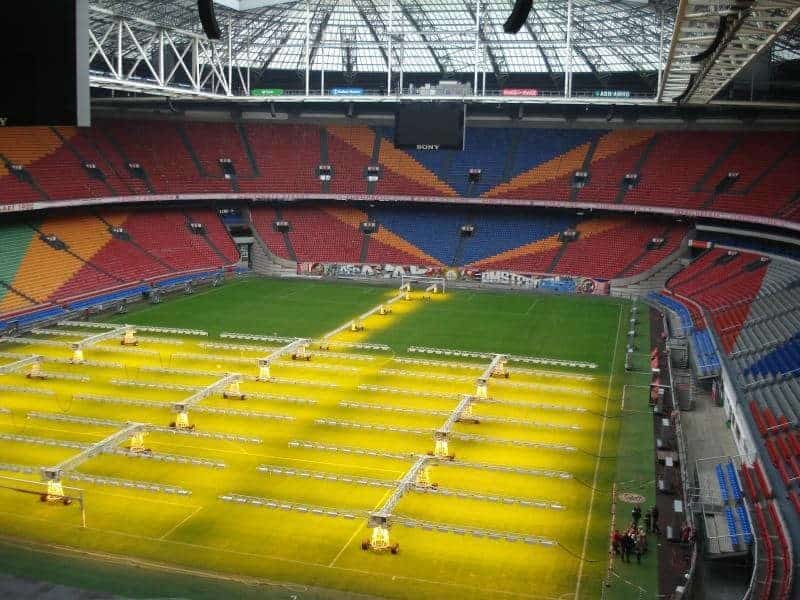 Ajax vs Juventus betting tips, predictions and preview for the first leg of the Champions League quarter-final on Wednesday 10th April. The Dutch giants have already exceeded expectations having knocked holders Real Madrid out in the previous round, setting up a tie with the Italian champions next.

Ajax will be desperate to ensure they’re heading to Turin with a lead to protect.

They’re 5/2 to qualify, with Juventus heavy 2/7 favourites to reach the semi-finals.

The home side are still on course for a historic treble which would have seemed impossible back in August.

Two of the continents most illustrious clubs lock horns in Amsterdam on Wednesday, with Ajax featuring in the Champions League quarter-finals for the first time in sixteen years. You have to go back as far as 2004 to find the last time they faced Juventus, and even further – to 1973 – for the last time Ajax got the better of the Italians.

This one has a slightly different feel about it though, and the fearlessness of the current crop of players combined with the presence of some staggering young talent will cause many to believe Erik ten Hag’s men can pull off another supposed shock. I’m not saying Ajax will win this one, but they’ve showed more than enough in previous weeks to suggest that they can head to Italy with at least a draw to show for their efforts.

When Dusan Tadic left Southampton for the so-called ‘lesser’ Eredivisie last summer, you could be forgiven for thinking that might be the last time you hear of the Serbian international. But how wrong you would have been! Tadic appears to have stepped up a gear since leaving the Premier League and has scored 20 times in the Dutch league in his favourite number 10 role.

Amazingly, the Serbian international has also bagged nine times in European competition this season including a mind-blowing strike against Real Madrid at the Bernabeu in March. His performance that night was so good that French football magazine L’Equipe gave him 10/10 – becoming only the ninth player ever to receive full marks.

Tadic is a 5/2 poke to score anytime on Wednesday night, which is a ludicrous price for a man who already has 30 goals for the season and therefore is a must in our Ajax vs Juventus betting tips.

Ajax have already proven to the world that they won’t be intimidated by big name opposition, with most actually expecting the Sons of the Gods to take the game to Juventus on Wednesday. Attacking football is very much the club’s philosophy and this was evidenced to great effect in the previous round of the Champions League.

So, can they go any further? I certainly wouldn’t like to rule them out. There’s a devil inside me that expects them to succumb sooner rather than later but this thought is quickly countered by the fact that they completely deserve to be where they are now. A draw here would leave the reverse fixture in Turin nicely poised and is certainly a distinct possibility.

The return of Cristiano Ronaldo will be a welcome sight for the Old Lady, but even his presence won’t be enough to stop Ajax stamping their impression on the game. I think a 1-1 draw looks possible, leaving it all to play for in Italy next week.

Read More: Click here to see the rest of our Champions League predictions for this week.

Latest Tweets from Ajax and Juventus