Newcastle United have issued a statement confirming that Rafael Beintez will leave the club when his contract expires on the 30th June, and the next Newcastle manager betting odds make for some interesting reading.

In a statement, Newcastle United announced the news and as predicted, it has not gone down well with Newcastle fans and the blame lies solely with one man – Mike Ashley. Only this morning Newcastle fans were fuming at the thought of Rafa leaving the club.

“It is with disappointment that we announce manager Rafael Benítez will leave Newcastle United upon the expiry of his contract on 30th June 2019.

We have worked hard to extend Rafa’s contract over a significant period of time, however it has not been – and will not be – possible to reach an agreement with Rafa and his representatives.

We would like to thank Rafa and his coaching team for their efforts over the last three years and their significant contribution to what has been collectively achieved.

We would also like to thank our supporters, players and staff for their patience during a period of uncertainty.

The process to appoint a successor will now begin.” 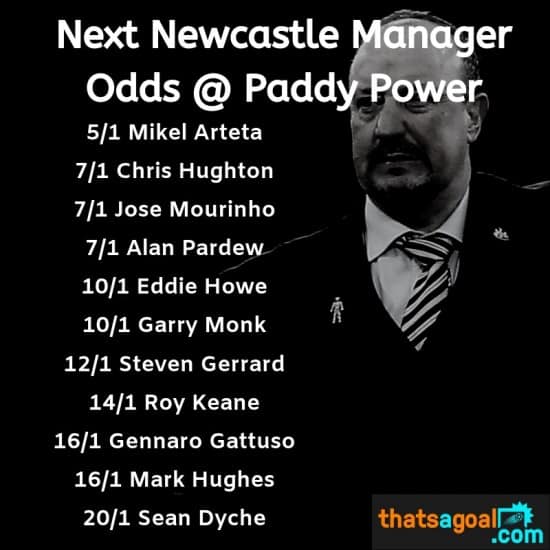 Current Manchester City number 2 Mikel Arteta is the current favourite to be the next Newcastle manager betting odds, with Chris Hughton second favourite at 7/1. There are some interesting names on the list. Jose Mourinho is also 7/1 but it is impossible to see him at the club unless it is sold by Mike Ashley. He would demand a huge transfer budget and massive wages – something which Mike Ashley would not do, even for Mourinho.

There are a couple of current Premier League managers in the running and Eddie Howe would be the most likely at 10/1, but it remains to be seen if they would be able to prize him away from Bournemouth. Sean Dyche is another name who has been mentioned.

Of the former Premier League managers, it is hard to see many Newcastle fans wanting David Moyes at the club, especially after his former affiliation with Sunderland, and Alan Pardew would be another one who would not be welcomed back to St James Park by many.

Garry Monk left Birmingham last week and is currently out of a job but it would be a gamble to appoint him, and the same can be said for Steven Gerrard, who is only one season into his managerial career, but has impressed at Rangers.

1 Tap this link to Paddy Power and open an account

2 Bet £20 on the next Newcastle manager

3 If you win, get paid in cash 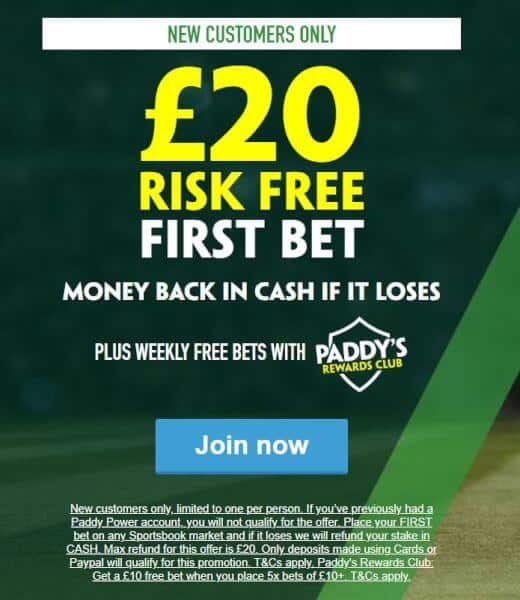