Home World Cup Every England World Cup Squad Ever: A Complete Run Down

Every England World Cup Squad Ever: A Complete Run Down

England have a bit of a turbulent history with the FIFA World Cup. There have been the highs of lifting that Jules Rimet aloft, the lows of a Semi Final penalty shootout loss, and pretty much everything else in between.

Despite being one of only eight teams to win the World Cup, it’s been far from a successful competition for a team of England’s calibre, particularly in recent times. How many years of hurt now?

The side have always had relatively good squads, and they’ve changed mightily over the years. Back in 1950 the likes of Blackpool, Preston and Wolves were all represented. This year’s World Cup squad predictions will look more like a who’s who of the top four.

With so much history to look back on across 15 tournaments, we take a look at squads down the years, what year England won the World Cup, and just how they fared the rest of the time…

Some of the true greats of English football featured in the Three Lions squad of 1950 including Sir Stanley Matthews and Sir Tom Finney. Newcastle’s legendary Jackie Milburn was also in the squad, while Stan Mortensen, who played a pivotal role in the Matthews Final of 1953 also playing.

Notably Alf Ramsey was also in the squad. He’d later go on to lift the trophy as manager in 1966.

Sir Stanley was back in 1954 alongside the likes of captain Billy Wright, Nat Lofthouse and Tom Finney were able to take Walter Winterbottom’s England to the Quarter Final where they would be beaten by a strong Uruguay side.

1950 saw the arrival of Pele at the World Cup, but he wasn’t enough to stop Brazil and England earning the first goalless draw in the history of the competition in the Group Stage.

The Three Lions, under Winterbottom again, failed to get beyond the Group in a squad that saw the arrival of Bobby Charlton, Johnny Haynes and the late great Sir Bobby Robson.

Things were starting to come together for England in 1962. The arrival of Bobby Moore, Roger Hunt and Jimmy Greaves to the squad added real quality and saw the side reach the Quarter Final, eventually being knocked out by Brazil, where the great Garrincha netted twice.

It all came together on home soil in 1966. England went into the tournament as one of the World Cup favourites, and ended up beating old foes Germany 4-2 in the Final.

There was plenty of drama throughout the competition. The trophy was stolen only to be found by Pickles the dog in a hedgerow, while VAR would very much have been needed for England’s third goal in the final. To date this is still the only England World Cup winning team and one that’ll go down in history forever.

England were out to retain their World Cup crown in Mexico 1970 but only managed the Quarter Final. Much of the winning squad returned alongside the likes of Colin Bell, Franny Lee and Emlyn Hughes, but Germany would get revenge with a 3-2 win that saw both Franz Beckenbauer and Gerd Muller get on the scoresheet. 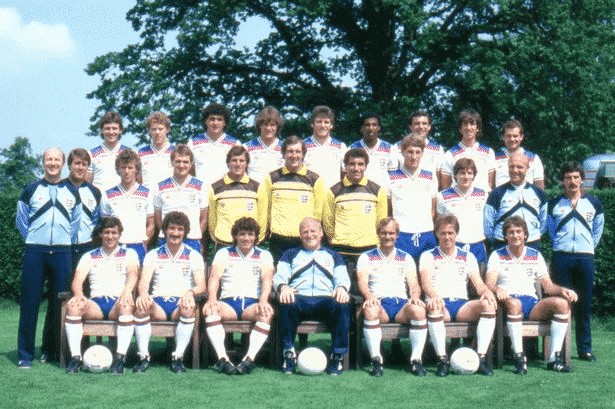 After failing to qualify for the 1974 and 1978 World Cup, England failed to really get going and crashed out in the Second Group Stage. Despite the talent of Glenn Hoddle and Kevin Keegan in their ranks, there was no real magic in the side and it would take until 1986 for the nation to really get going again.

It just wasn’t to be for England that year as Bobby Robson’s men crashed out against Argentina in one of the most memorable Quarter Final games in history. Both the Hand of God goal and the Goal of the Century were scored by Diego Maradona in that game. For England fans it’s still sickening to watch back and is partly why England and Argentina have such a ferocious rivalry when it comes to football.

1990 was the closest England have got since 1966 and it was pure heartbreak. They had something special. There was the goals of Lineker, the trickery of Barnes, the leadership and passion of Pearce, Butcher and Robson. Then there was Gazza, a joy to watch and a man you just wanted to put your arm around.

That Semi-Final defeat will go down as one of England’s greatest tournament achievements and if Gazza had had feet perhaps just an inch longer, it may have been so much more than a fourth placed finish.

1998 marked the arrival of Michael Owen, the teenage wonderboy who carried much of England’s hopes on his shoulders. And boy did he deliver. He scored a Goal of the Century of his own in the Round of 16, giving the Argentinians a taste of their own medicine. However, Beckham’s sending off left the Three Lions light for an entire second hand and extra-time, eventually getting knocked out on penalties.

David Beckham put the ghost of 1998 behind him and took the captain’s armband for the 2002 World Cup. He took revenge on Argentina, scoring a penalty to beat them 1-0 and led the side all the way to the Quarter Final where they were beaten 2-1 and that looping Ronaldinho goal.

2006 really was England’s time to shine. They were one of the favourites in the World Cup odds and had a golden generation of players that included Beckham, Lampard, Gerrard and Rooney.

It was another Quarter Final defeat however, this time on those ever-so-familiar penalties. Lampard, Gerrard and Carragher missed their kicks, giving Ronaldo the winning spot kick.

England struggled in South Africa and managed just one victory, a 1-0 win over Slovenia. The Round of 16 looked already beyond them after two draws with the USA and Algeria and it proved to be the case with a 4-1 drubbing against the Germans.

That game wasn’t without its controversy though as Lampard had a goal disallowed when it clearly crossed the line. That would have made the game 2-2 and who knows what would have happened.

2014 really was a tournament to forget for England, crashing out of the group stage and earning one point in the process.

With Gareth Southgate at the helm now, they’ll be looking to go way beyond Group G at Russia 2018. Many of that 2014 squad will once again flying out and it’s up to them to make peace with such a dreadful result in Brazil.

How will England get on this summer? See our latest World Cup 2018 betting tips to find out what our football tipsters think.