Today’s 10/1 Football Accumulator Tips from the FA Cup, Coppa Italia and League One

Free football accumulator tips and predictions for today’s matches around England and Italy – see the tips from the FA Cup, League One and Coppa Italia for a 10/1 bet and a £10 free bet to spend.

We’re using a brand new bookies called Ruby Bet for this accumulator – sign-up using this link and get a £10 free bet to spend.

FA Cup replays feature in this Tuesday accumulator tip with Coventry hosting out-of-form Bristol Rovers while rejuvenated Watford visit Tranmere. League One and Two action is also included with struggling teams Bolton and Morecambe facing difficult evenings whereas, in the Coppa Italia, Inter Milan will hope to seal further progress at the expense of Cagliari. Odds of approximately 13/1 are likely to be available for the successful outcome of these midweek tips.

Despite claiming a 2-2 home draw against Coventry in the original tie, Bristol Rovers are not experiencing the best of fortunes with both off-field managerial issues and in League One action ahead of this FA Cup Third Round replay. Rovers are winless in five league games including a 2-0 weekend home loss against Doncaster and have netted just once in those five fixtures. Meanwhile, the Sky Blues are becoming a difficult team to beat with just one league loss suffered since mid-October. A 1-1 home draw with improving MK Dons on Saturday ended a three-game winning sequence in league action, but Coventry should be capable of earning the victory in this tie.

Playing twice in three days will be no easy task for Watford and while there will be some changes in personnel, confidence will have been boosted in the camp by a 3-0 Sunday win at Bournemouth. Ahead of this FA Cup tie at Tranmere, the Hornets have claimed thirteen points from their last five Premier League matches but were 3-0 ahead in this original tie before conceding three second-half goals. Rovers will hope that the Watford defence will again be generous but they have won just once in League one action since mid-November and were unable to beat struggling Southend at the weekend. An away win is forecasted.

Read More: See all our FA Cup betting tips for the 3rd round replays.

There were signs of a revival at Bolton from late October onwards when four victories were earned from seven League One fixtures, but a recent winless sequence of four matches including a 2-0 Saturday defeat at Rochdale has further dented their hopes of avoiding relegation. The Trotters now travel to Lincoln with the hosts winning their last three league games on home soil including the defeats of Ipswich and Peterborough. An outstanding performance from the Shrewsbury goalkeeper denied the Imps three points on Saturday at New Meadow but they should claim another victory at Sincil Bank.

Just one victory earned from nine previous League Two fixtures ensures that Morecambe remain seriously embroiled in a relation battle, and they have failed to score more than one goal in any league game since the beginning of October. The Shrimps now host a Port Vale team that has lost only one match in six league outings on the road with FA Cup wins also claimed at MK Dons and Cheltenham. A Saturday 1-0 win at Stevenage should arguably have been achieved more comfortably than via a late penalty, and Vale could claim a third win in four league games.

A 1-1 weekend home draw with Atalanta may have slightly dented the Serie A title ambitions of Inter Milan but after suffering just one league defeat all season, their attention now switches to hosting this Coppa Italia tie. Visitors Cagliari have lost their last four league matches which includes failing to find the net in defeats by Juventus and AC Milan this year. The team from Sardinia has conceded at least twice in each of their last eight Serie A fixtures, and are now facing defeat in this cup tie.

1 Join Ruby Bet via this link 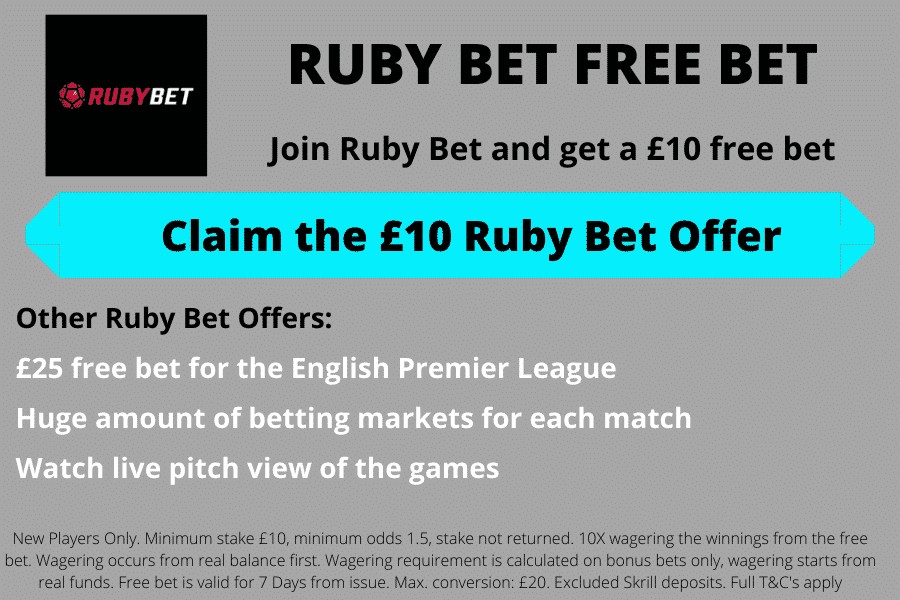