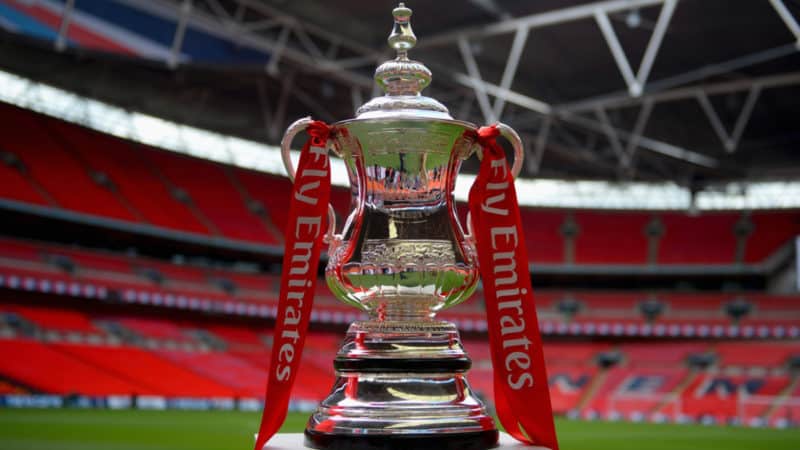 FA Cup accumulator tips for this Saturday afternoon’s extensive fixture list including the reasons for each prediction and the best bookmakers to use on the bet. We’ve picked out some potential shocks in the competition with three lower-placed sides fancied to beat teams higher up the pyramid.

We use William Hill for our FA Cup best betting tips and if you join them today, you’ll get an exclusive £100 sign-up bonus.

Although it would boost the coffers somewhat, the FA Cup feels like the last thing on Walsall’s mind. After some initial promise, Darrell Clarke’s side have dropped down the table alarmingly and now find themselves embroiled in a potential relegation battle. Luckily for the Saddlers, only one side will be exiting League Two this season and that could be enough to save them this season. Today’s visitors Darlington sit in mid-table in the National League North although they do arrive here in good form. Unfortunately, they do lose Tyrone O’Neill, who has been recalled by Middlesbrough, but the rest of the squad will be feeling confident ahead of this one. They’ve kept two clean sheets in a row and haven’t been defeated since September 14th when they lost at home to leaders York City. Darlo will have to be at their very best here, and it’s a shame that they’re on the road. However, Walsall’s confidence is fragile and that could help the visitors.

Northern Premier League oufit Nantwich take on AFC Fylde this weekend and they could be able to take advantage of a new manager getting his feet under the table. Jim Bentley hasn’t been at the club long and the former Morecambe manager may see which players really want to stand up and be counted here. Away from home, they’ve won just twice, including at Boreham Wood, and they could be susceptible on the road. Nantwich will fancy their chances and there should be a decent crowd on Saturday. They scored three in their last game against at Whitby and have won three of their last four home matches. Only Radcliffe and Warrington have won here this season and at the very least, Nantwich will fancy their chances of taking AFC Fylde back to Mill Farm for a replay.

On the Richter scale of shocks, this one wouldn’t measure very highly, but League Two Colchester will fancy their chances against Coventry on Saturday. Col U have reached the latter stages of the EFL Cup this season and have been exceptional in recent weeks. They stuck three past Mansfield at the weekend and arrive full of confidence. It’s now six goals in two games domestically, and Kwame Poku looks like another good find from non-league. Every now and again, they throw in a dodgy display – usually when they’re expected to win – so they might actually thrive being the underdogs here. Coventry are having a good season under Mark Robins, and although an FA Cup run would be beneficial, their aim is play-offs this time around. They are undefeated in six of their seven away games this season, although they are yet to register a victory on their travels. They’ve won just once since September 17th and may be there for the taking.

How to get a £100 free bet from William Hill

If you open a new William Hill account and bet up to £100 on our FA Cup betting tips this week, you will get a free bet to the same amount to use across the rest of the weekend. This is in addition to any winnings you get if your bet is a winner. Join William Hill using the steps below:

3 Get the same amount as a free bet 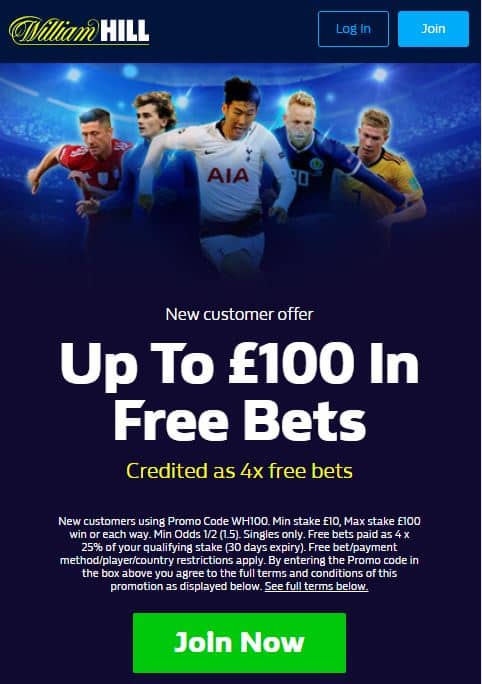