The FA Cup is one of the most prestigious football tournaments in the world and we’ll be with you every step of the 2019/20 season with our FA Cup predictions, betting tips, previews, latest news and correct score predictions for every FA Cup fixture. 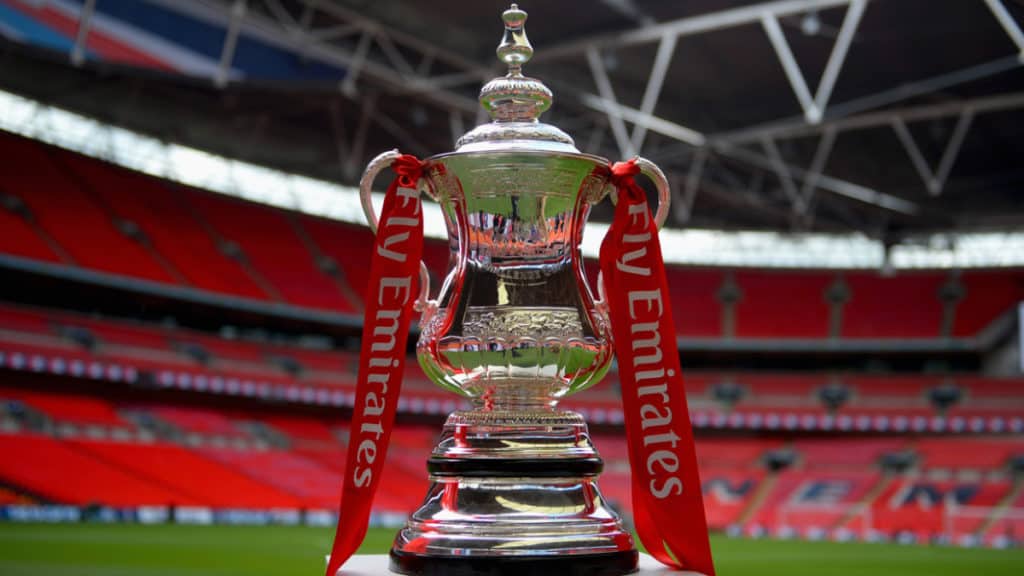 These two sides drew 2-2 in the first meeting and now it’s back to Bloomfield Road for the reply. Blackpool didn’t play at the weekend so they’ve been rested since the 2-2 draw, however, the League One side are winless in their last six matches after a good run. They’ve lost their last two home matches 1-0 and could be looking at another defeat against Reading here. You have to think the Tangerines had their chance in the first tie after leading twice, now I’m predicting Reading to go on and finish the job this week.

The Royals somehow failed to claw their match with Nottingham Forest back to 1-1 at the weekend – Forest scored in the 96th minute only for Reading to go up the other end of the pitch and equalise. That has kept their unbeaten run going to eight matches now and are tipped to pick up a close-fought win in this game, setting up a fourth-round tie against either Cardiff City or Carlisle United.

This all League One clash finished 2-2 first time around and Coventry will fancy their chances of progression with home advantage here. They were held to a 1-1 draw at home to MK Dons on Saturday but that result did take their unbeaten run to five matches. On home soil they are unbeaten in eight matches but do draw quite a lot of games. With a push for automatic promotion on the cards this season, it remains to be seen how seriously Coventry manager Mark Robins takes this competition but financially at least, it will provide some more stability for the club who don’t even have their own ground at the moment.

Bristol Rovers have not won in their last seven matches now, losing four times. Only two of those matches have been away from home but they have failed to score in both, which is always a concern. Coventry don’t score many ‘home’ goals themselves but with an enticing tie against Birmingham up for grabs in the next round (Coventry are currently using Birmingham’s ground as their home stadium and they’ll be at home for it), everybody wants to see a Coventry victory here, and that’s the bet that goes into my FA Cup predictions for this one.

Premier League Newcastle United were dominant in the first half of the original tie, but could not put the game to bed and have to settle for a reply. Steve Bruces’ side are ravaged by injuries at the moment so even if he wanted to rest players for this game, he couldn’t. The likes of Allan Saint-Maximin, Jack Colback, Paul Dummett and Dwight Gayle are all missing, as well as six or seven others. Bruce would rather not have this tie at all. Newcastle haven’t won in five matches now and are at risk of an upset here, with the odds of 9/1 for Rochdale to win certainly tempting.

Dale have won their last two League one matches now and will go into this FA Cup third-round replay full of hope, backed by a large away following. At the odds for the match, I can’t help but fancy them to get a result here and it could even end up in Steve Bruce’s worst nightmare – extra-time. This extra 30 minutes will not do the Premier League sides growing injury list any good at all with Bruce saying a few players are already in the ‘red zone’.

This was another tie that ended 1-1 in the original FA Cup third round set of fixtures and now they have to do it all over again at Montgomery Waters Meadow. Championship side Bristol City took the lead against their League One opponents but were pegged back in the second half and couldn’t get the win. Now Shrewsbury have the chance to cause an upset on their home patch. They’ve not won in their last five matches though and have only won two of their last six on home soil. This might be a step too far against a decent Championship side.

Bristol City will be livid they didn’t put this tie to bed in the first game, especially with a paly-off push looking likely this season. They got back to winning ways against Wigan on Saturday after a surprise 4-0 home loss to Brentford on New Years’ Day. They’ll probably make a few changes for this match but have scored in six of their last seven away matches and I’m predicting a win for the visitors in this one, setting up a fourth round tie with Liverpool, live on TV.

The first leg in this tie was quite remarkable. Watford were in total control of the game at 3-0 after 34 minutes, before a remarkable second-half comeback saw Tranmere draw 3-3 and force this replay at Prenton Park. Somehow, the match has not been selected for TV though. Rovers have won back to back promotions in the last two seasons but face a battle to stay in League One this season. They’re down in 21st place and scrapping for every point so they could do without this replay. However, a TV game in the fifth round awaits against either Manchester United or Wolves.

Watford have been going great guns under new manager Nigel Pearson and he would have been furious with the collapse in the first game. This means a midweek trip to Merseyside for a tricky game infront of what will be a big crowd. Watford are unbeaten in six matches now though and won 3-0 against Bournemouth on Sunday, so I’m expecting them to finally get past League One Tranmere and book their place in the fifth round of the FA Cup. Another Tranmere vs Watford prediction for this game is going to be Watford to win and BTTS, as Tranmere are certainly capable of getting on the scoresheet.

The FA Cup third round replay selected for TV is Tottenham vs Middlesbrough and after a disappointing result at the Riverside, Jose Mourinho will be desperate to get into the next round and eventually win a trophy for the Tottenham fans. They were beaten 1-0 at home against Liverpool on Sunday and haven’t really got any better under Mourinho. They’re eighth in the Premier League and a Champions League spot looks unlikely for next season. Mourinho will make changes for this game but Harry Kane is injured and he’ll know the threat that this in-form Middlesbrough side will pose.

Boro have not lost in their last six matches now and they’ve won four of them. At the weekend they picked up a point at home to Derby but it should have been a win, conceding in the 91st minute. This match might be a step too far for Woodgate’s side though so Spurs have to be the prediction to win the game. We’ll need to check the team news before placing bets on this but if Lucas Moura starts, he is going to be the anytime goalscorer betting tip for the game.

The FA Cup is always an exciting time for the lower league teams and we’ll be keeping an eye out for FA Cup upsets and shocks as the competition reaches the third round and beyond. There are always exciting ties in every round and the draw throws up some classics, whether it be two Premier League giants going head to head, or a non-league team traveling to a Premier League stadium for their big day out.

When are the predictions for the FA Cup matches today posted?

We’ll always ensure our FA Cup betting tips are posted at least 24 hours before the match kicks-off. That gives you guys plenty of time to look through the previews and pick out your bets. You will also find FA Cup predictions correct score football tips for each match as well. These correct scores give you the chance to bet on a big odds bet for each FA Cup fixture and hopefully win big. You could even combine a few of our betting tips into an FA Cup accumulator, double or treble. The choice is yours.

Our tips and predictions are always well researched and the stats for each team are looked at when picking out the bets. Because of the busy fixture list for Premier League teams these days, there is always the difficult decision for managers as to whether to rotate their starting 11 for FA Cup fixtures, especially in the early rounds. This makes picking out betting tips for the FA Cup third round, fourth round and even fifth round more difficult because we don’t know how strong a team each manager will select. All of our FA Cup predictions are well researched and the stats are provided in each preview above.

If you need FA Cup betting tips for today‘s action, they will be at the top of this page. Each match preview will include two selections on which you could place a bet on. There will always be a correct score prediction and one other bet. It is up to you which picks you place your bet on but all selections are researched by our team of expert tipsters so you can be sure your bets have the best chance of winning. All of our FA Cup betting tips are free so you will never be charged for what you see on this page.

When is the FA Cup Draw?

The next draw will be for the fifth round and the draw takes place on 7th January 2020.

FA Cup Round Dates this Season

Where can I get FA Cup Scores?

When the FA Cup matches are in-play, you can follow the latest FA Cup scores on our Twitter page @thatsagoal, where we will be live Tweeting all the matches and posting as each goal goes in. The account will also be monitoring how our FA Cup betting tips and predictions are doing on that day, so if you’ve followed any of the betting tips we have posted, this is a great way to check your bets.

At the start of the FA Cup in the 2019/20 season, there were 124 clubs at the first round stage. Prior to that, the non-league teams had five preliminary and qualifying rounds to try and take their place in the FA Cup first round proper.

At the first round stage this season, 24 League Two teams and 23 League One teams entered the draw (Bury being the missing team) and one side got a bye into the next round.

At the third round stage, the 20 Premier League and 24 Championship teams entered the draw, leaving 64 FA Cup teams in the draw including non-league side AFC Fylde.